This page and the pages associated with it serve as a broadband internet resource for Goochland County citizens. Information contained on these pages include updates on broadband expansion progress in the county, links to broadband maps and resources, a list of providers currently offering service or planning to offer service in the county, information on ways to report issues to broadband and cellular providers, an interactive form to report broadband and cellular needs/issues, and a list of frequently asked questions about broadband.

Please check this page often for new information, updates, and features that will be added in the future.

Watch a recording of the announcement on the Meetings and Announcements page. 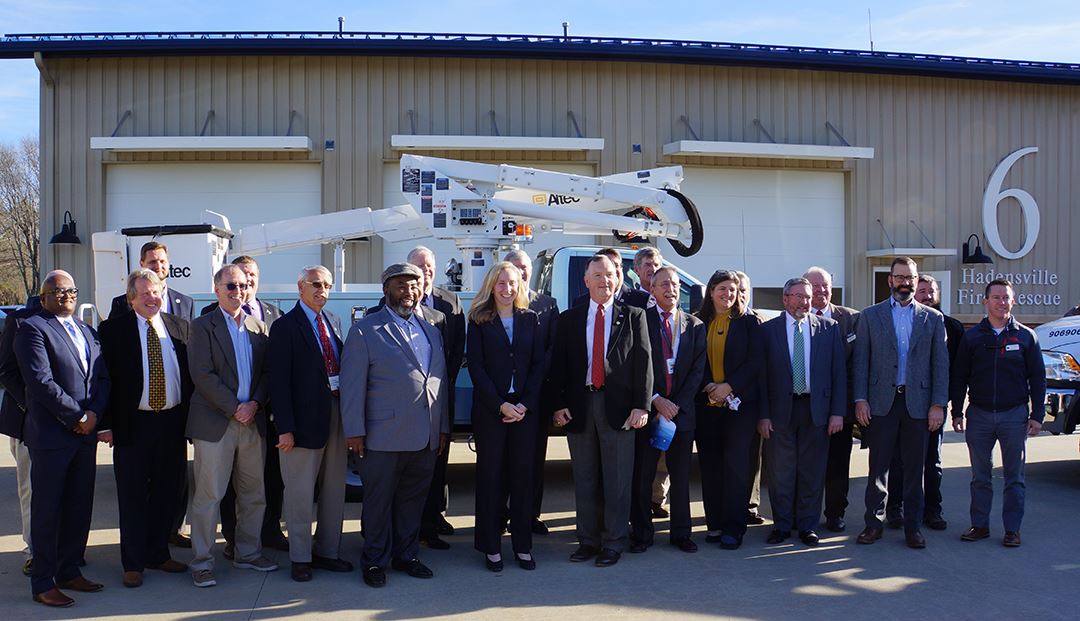 The funding from the Virginia Telecommunication Initiative (VATI) grant will support the $288 million project which endeavors to offer universal access to gigabit speed broadband service to 36,000 unserved homes and businesses in 13 counties in Central Virginia. Elected officials from each county in the project voted to contribute funds, totaling $33.5 million. The fiber construction will take approximately three years to complete and will include 4,000 miles of fiber. Dominion Energy Virginia will support the extension of broadband to unserved areas by deploying middle- mile fiber that Firefly will use to connect end-customers to the internet.

The announcement was made Monday afternoon by the Governor at Goochland County's Fire-Rescue Station 6 - Hadensville to a group of county officials, local and elected officials, directors, supervisors, first responders, business partners, and Firefly employees. “Broadband access impacts every facet of our daily lives, from education to business to health care,” said Governor Northam. “It’s a necessity for navigating today’s digital world, and this new funding will close Virginia’s digital divide with universal broadband by 2024.” 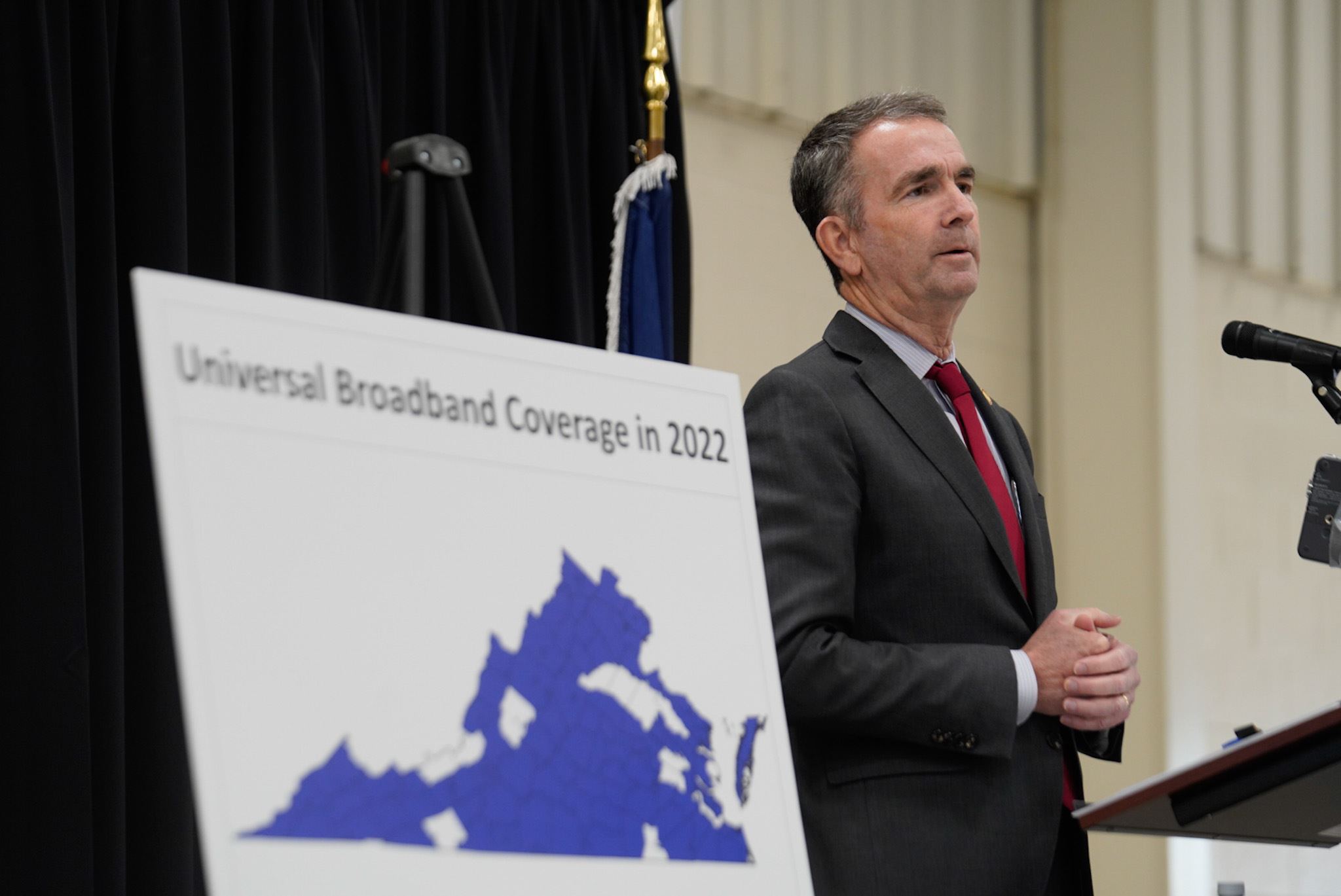 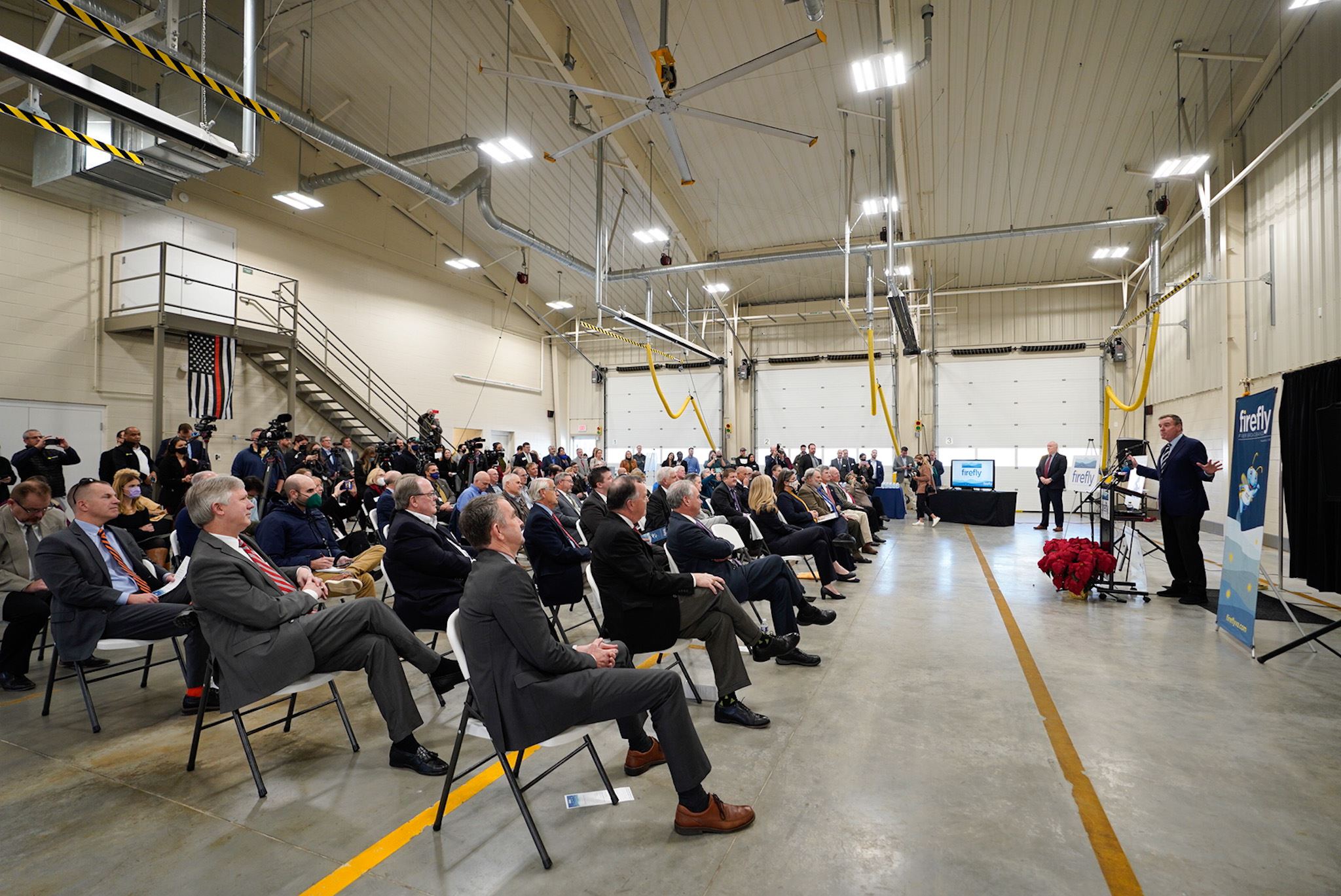 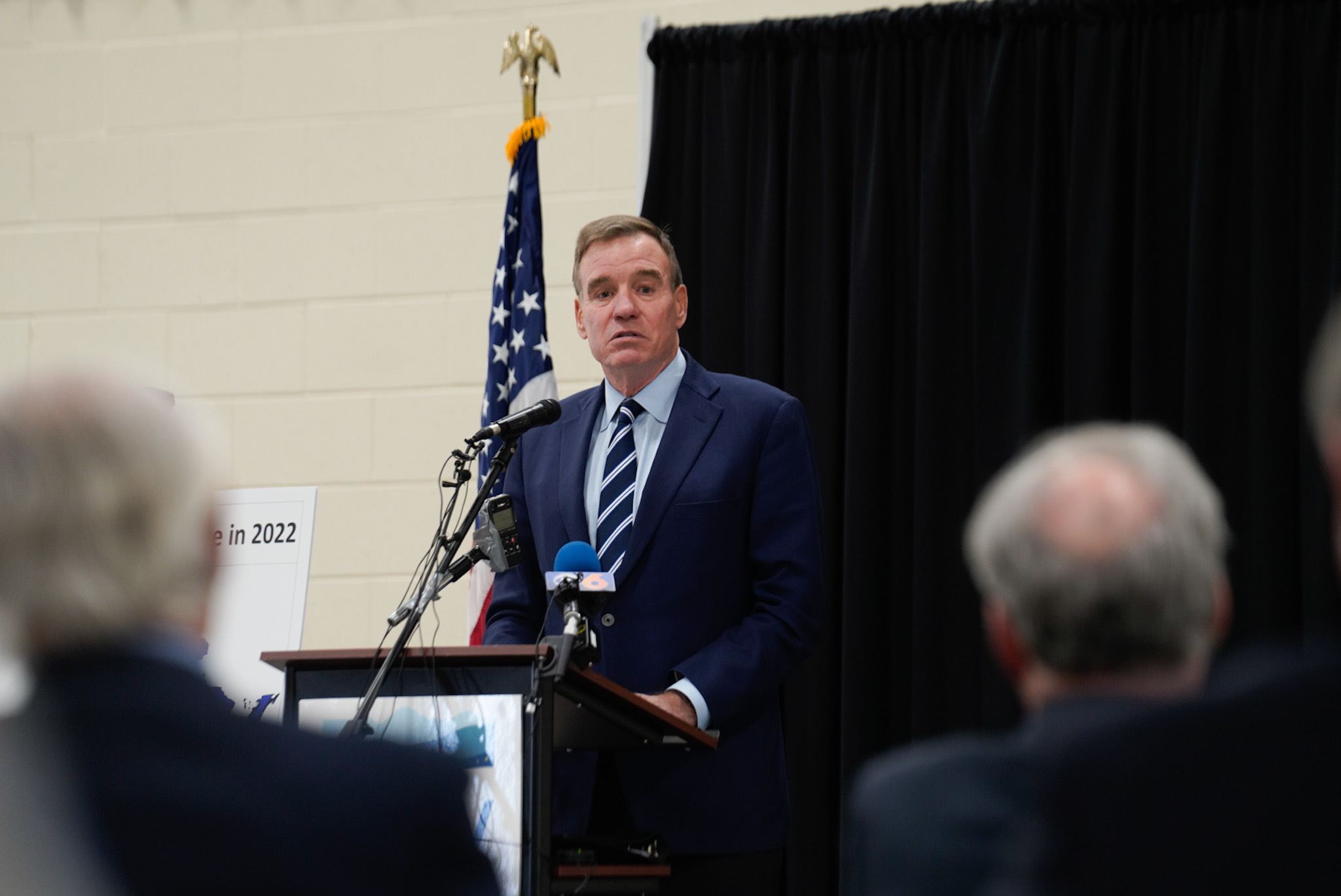 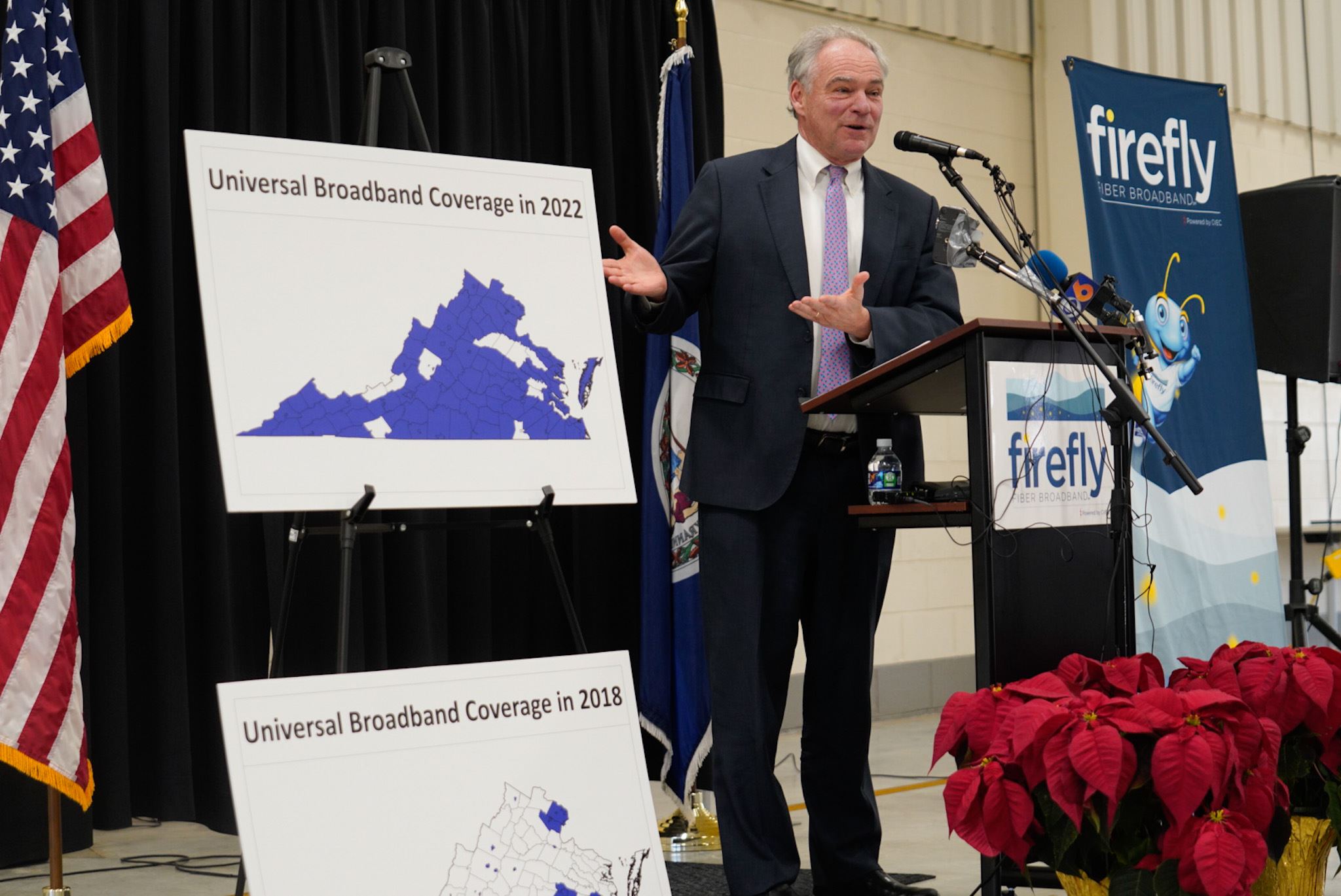 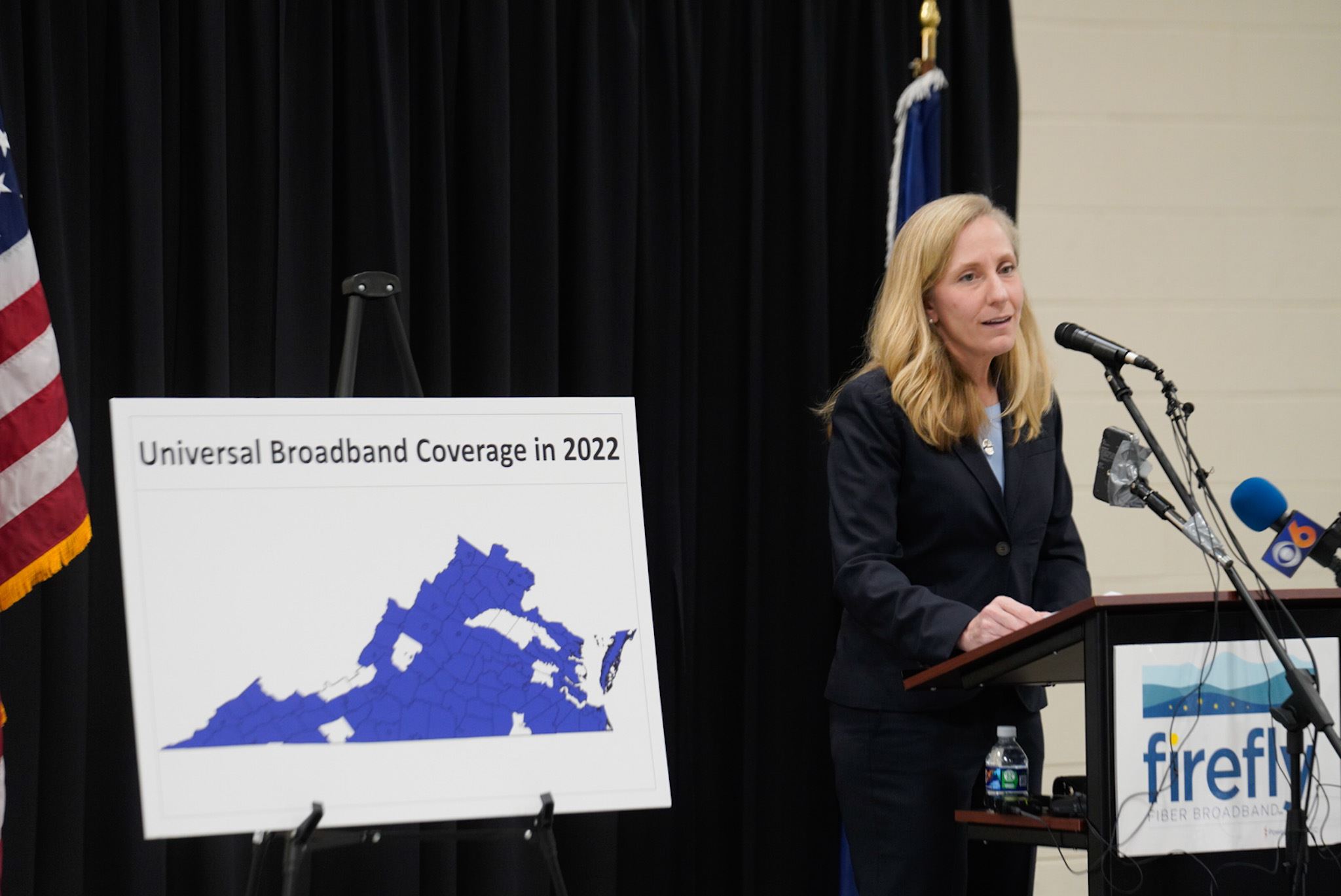 Wood, Firefly president and CEO states, “Today is a landmark day for broadband in rural central Virginia. Thanks to the critical funding provided by the federal government and made available through the VATI program, we can now assure that every family and business in central Virginia will have access to reliable, affordable internet service equivalent to the best in the United States. We appreciate the hard work and support of Governor Northam, Senator Warner, Senator Kaine and Representative Spanberger as well as the support of the supervisors in each of the partner counties.” 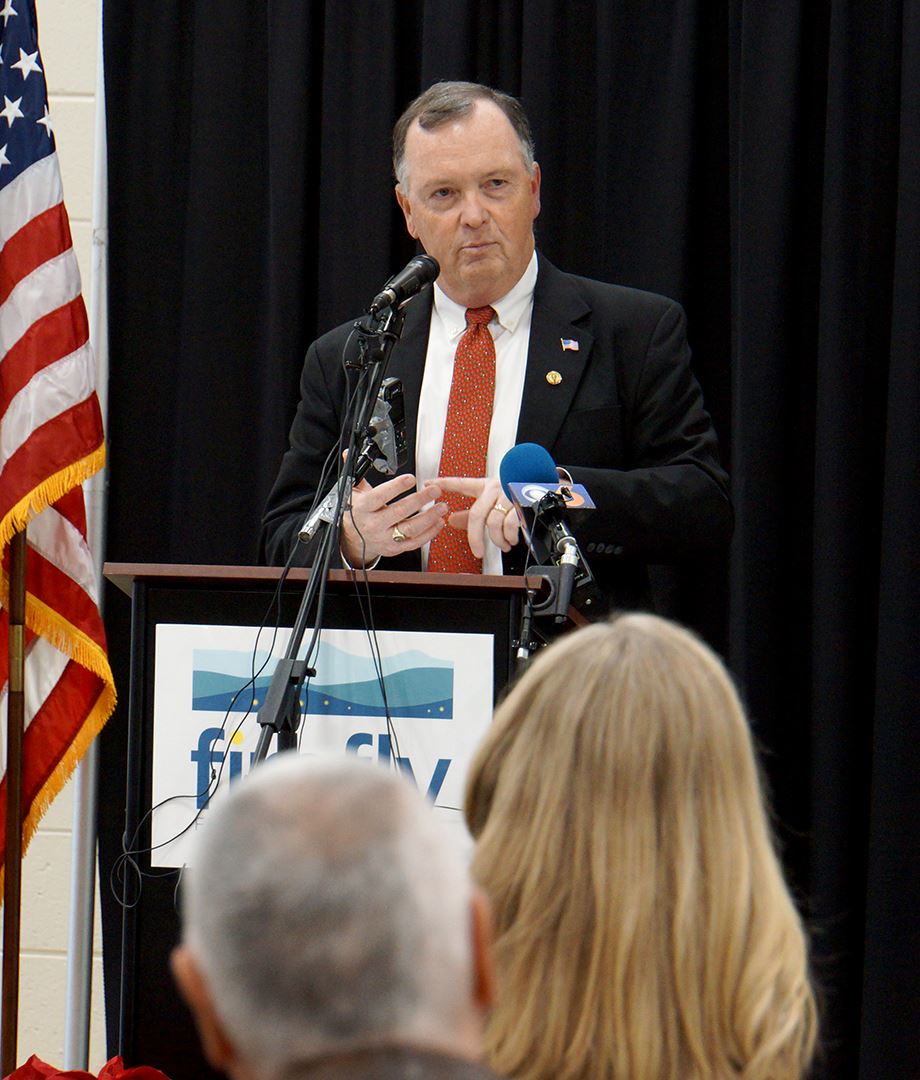 “At Rappahannock Electric Cooperative, our goal has always been to be part of the solution to enable and facilitate broadband to the households and businesses we serve,” said John Hewa, president and CEO of Rappahannock Electric Cooperative. “Being able to partner on this endeavor with the counties, Firefly Broadband and Dominion Energy Virginia is a major accomplishment allowing each of us to further the Commonwealth’s goals of making broadband access available to everyone.”

Administered by the Department of Housing and Community Development (DHCD), VATI provides targeted financial assistance to extend broadband service to areas that are unserved by an internet service provider. Projects were selected through a competitive process that evaluated each project for demonstrated need and benefit for the community, applicant readiness and capacity, and the cost and leverage of the proposed project. The level of funding awarded is based on the infrastructure needs in the project area.

The Thomas Jefferson Planning District Commission (TJPDC) served as the lead applicant for the grant application. “The TJPDC is proud to serve as the lead applicant and grant administrator for this super-regional project, covering 13 counties and touching five different planning districts. We are grateful for the incredible partnerships that have formed to overcome obstacles to securing universal broadband coverage in our region and look forward to supporting the provision of high-speed fiber internet across the project area.” stated Christine Jacobs, Executive Director of the TJPDC. 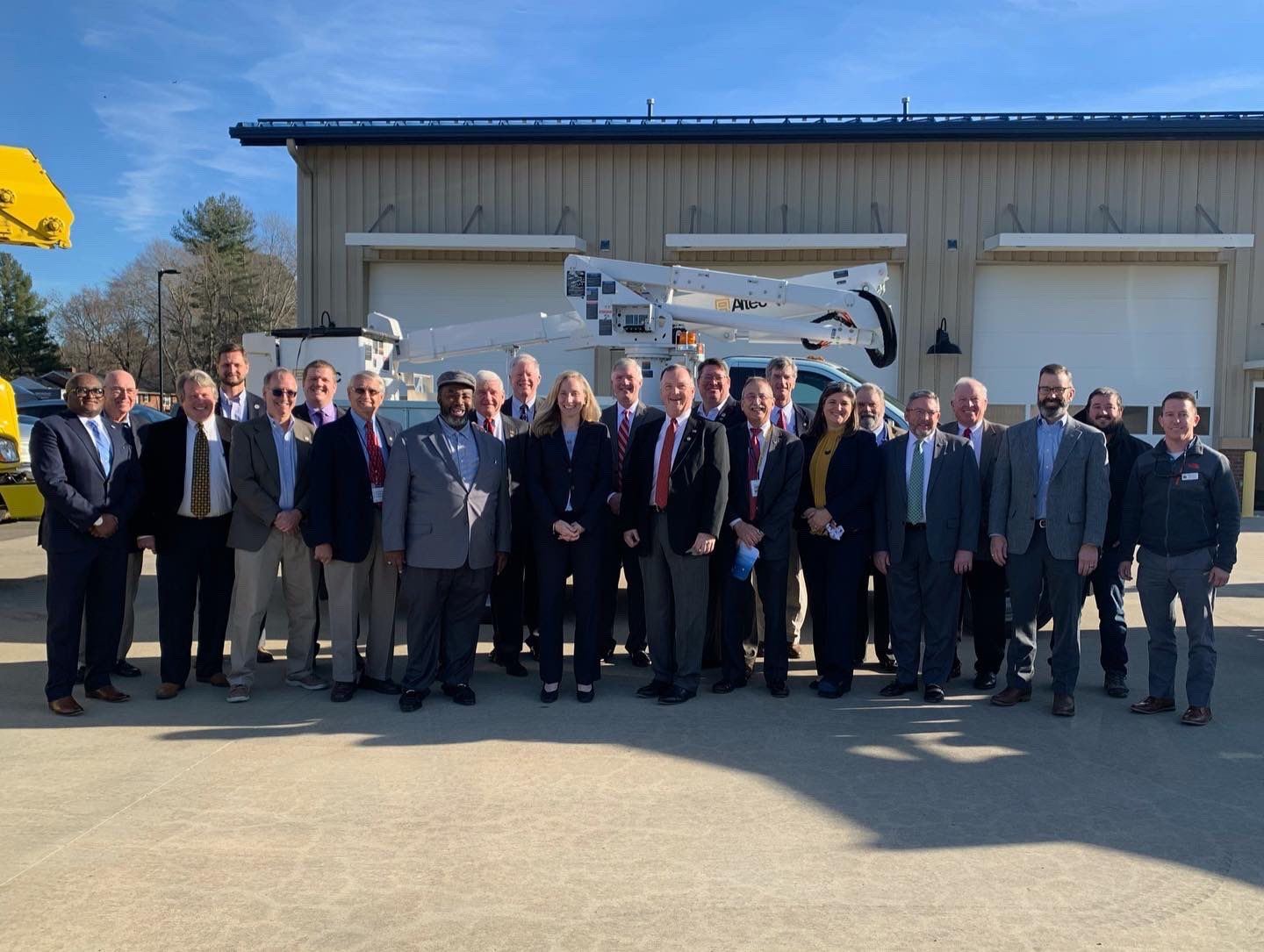 “In a world where broadband access is more critical than ever, today’s announcements are an exciting step forward in the process of making internet access a reality for all Virginians,” said Ed Baine, president of Dominion Energy Virginia. “Partnerships like this one in Central Virginia show that when we work together, we can make a real impact, and we’re proud to work with our partners to bring this service to the communities we serve.”

Firefly’s Regional Internet Service Expansion (RISE) Project was launched this year to expand broadband to parts of 13 counties, making internet high-speed internet accessible to more than 45,000 locations and 112,000 Virginians. The RISE project includes 5,000 miles of fiber construction and will cost $330 million to complete. The project will be executed by partnering with other area utilities to complete the fiber build, using funds secured from the VATI grants and county contributions to aid with construction costs. For more information about the RISE Project, visit http://www.fireflyva.com/rise.

Firefly is also the internet service provider (ISP) for the CVEC fiber build, a $130 million plan to install over 4,500 miles of fiber-optic cable in the 14 counties it serves, providing broadband internet access to all of its 38,000 members. The fiber network will be completed in 2022 and uses laser beams and glass fibers to move data at speeds of up to one gigabit per second, delivering world-class communications to CVEC members served in their electric territory.

The fiber-optic network will be installed on and adjacent to existing overhead and underground electric distribution lines, utilizing the existing infrastructure. Firefly celebrated a milestone of connecting 10,000 customers in October. More information about areas included in this build and for pricing on internet and phone packages, visit www.fireflyva.com.

Goochland County residents and officials know the hurdles to achieve reliable, broadband internet. With a renewed financial commitment and set of strategies, local leaders are one step closer to supporting a connected future. Read the full editorial for more information.Opens in New Window

On Tuesday, January 7th, 2020 the Board of Supervisors received a presentation and update from county staff on Goochland’s 10 Steps to Broadband Internet Initiatives. This update included updates on short-term and long-term county efforts, independent efforts by broadband providers, and related broadband efforts by the federal and state government. The presentation is also available for viewing as part of the January 7th, 2020 recorded meeting.Opens in New Window

As part of the presentation it was announced that Phase 1 of the External Hot Spots at county facilities will go live on Monday, February 3rd at the following locations:

Citizens will also have expanded access to "Public Wi-Fi" inside the Goochland County Administration Building beginning on February 3rd. Additional information about accessing the External Hot Spots and Public Wi-Fi will be released in the coming weeks.

Goochland County on Wednesday, November 10th, 2021 announced progress toward extending broadband coverage to all of its residents and businesses.

Read more on this announcement at this link in Newsflash https://www.goochlandva.us/CivicAlerts.aspx?AID=721. 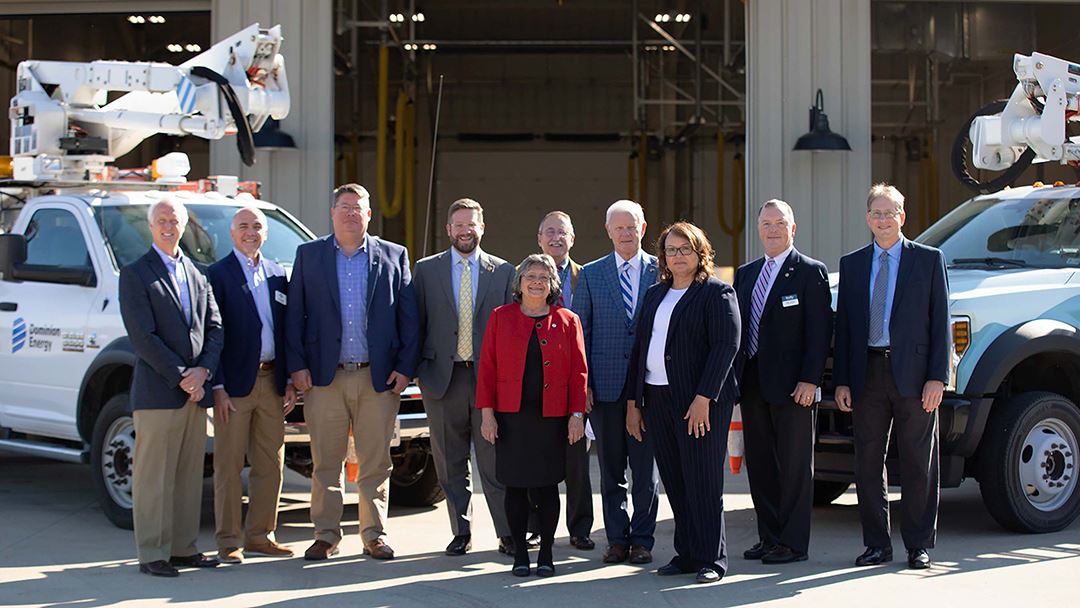 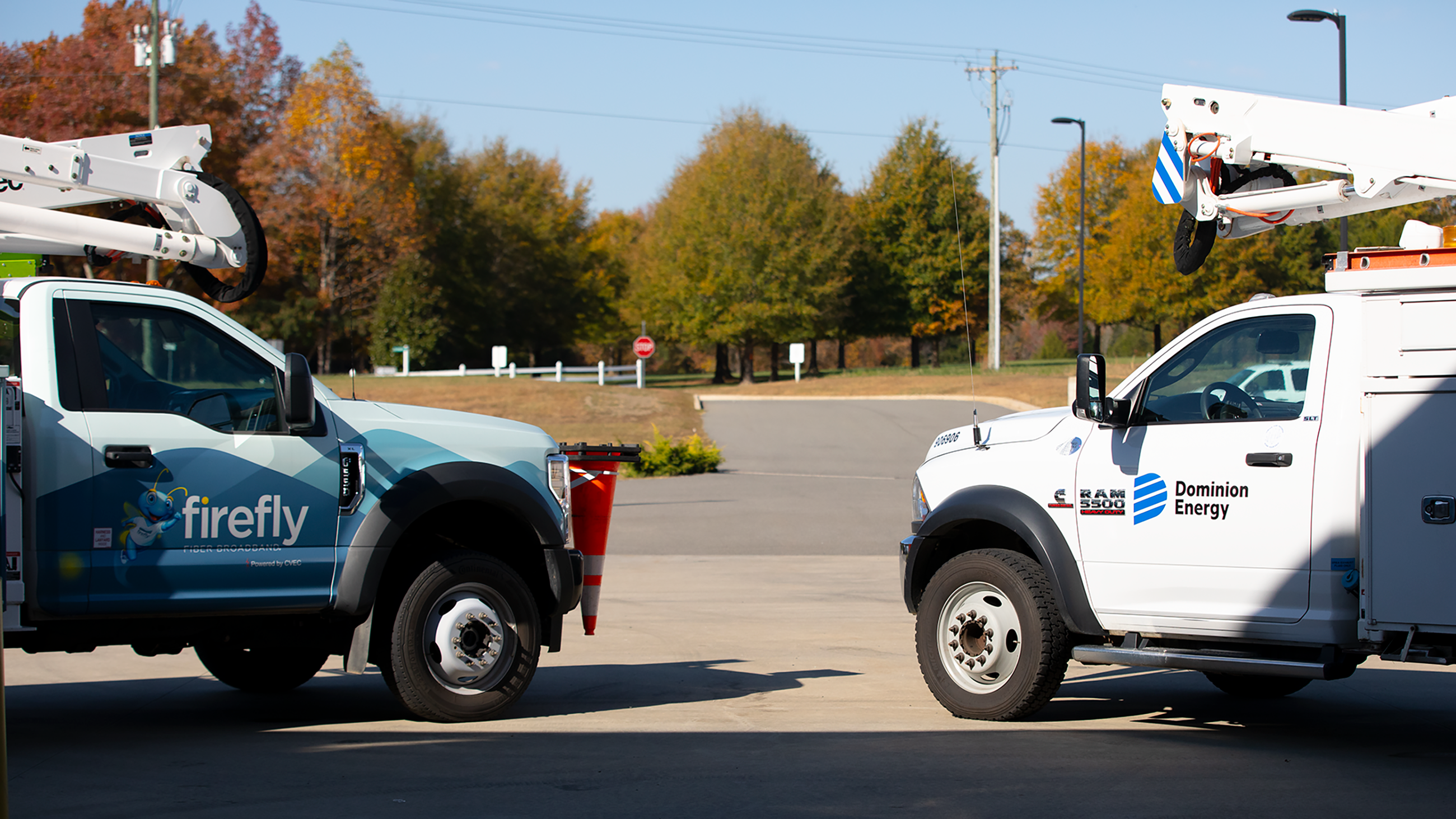 Moving forward CVEC and Firefly will be expanding on 3 different fronts in Goochland. CVEC and Firefly have been successful in pursuing a Connect America Fund (CAF) award from the Federal Communications Commission (FCC) as well as an award from the ReConnect program through the United Sates Department of Agriculture (USDA) to help finance the fiber buildout within the CVEC electric service territory. Outside of the CVEC electric territory, Firefly will serve several hundred homes with its commitment under the CAF program. The areas covered within the CVEC territory, areas covered by the CAF commitment and the new areas covered by the ReConnect application together expand to 2,691 total locations in Goochland County that will have gigabit speed service available through Firefly. Build out of the CVEC electric territory will be complete by 2023, and the entire project area will be built out within 5 years should all funding be approved.

CVEC and Firefly announced on June 10th their current USDA RUS Broadband ReConnect 2020 grant application that was submitted in mid-April 2020. The county worked through March and April to help complete the application and successfully submit it. If successful it will expand fiber optic lines to 1,547 of the 2,691 locations in western Goochland. 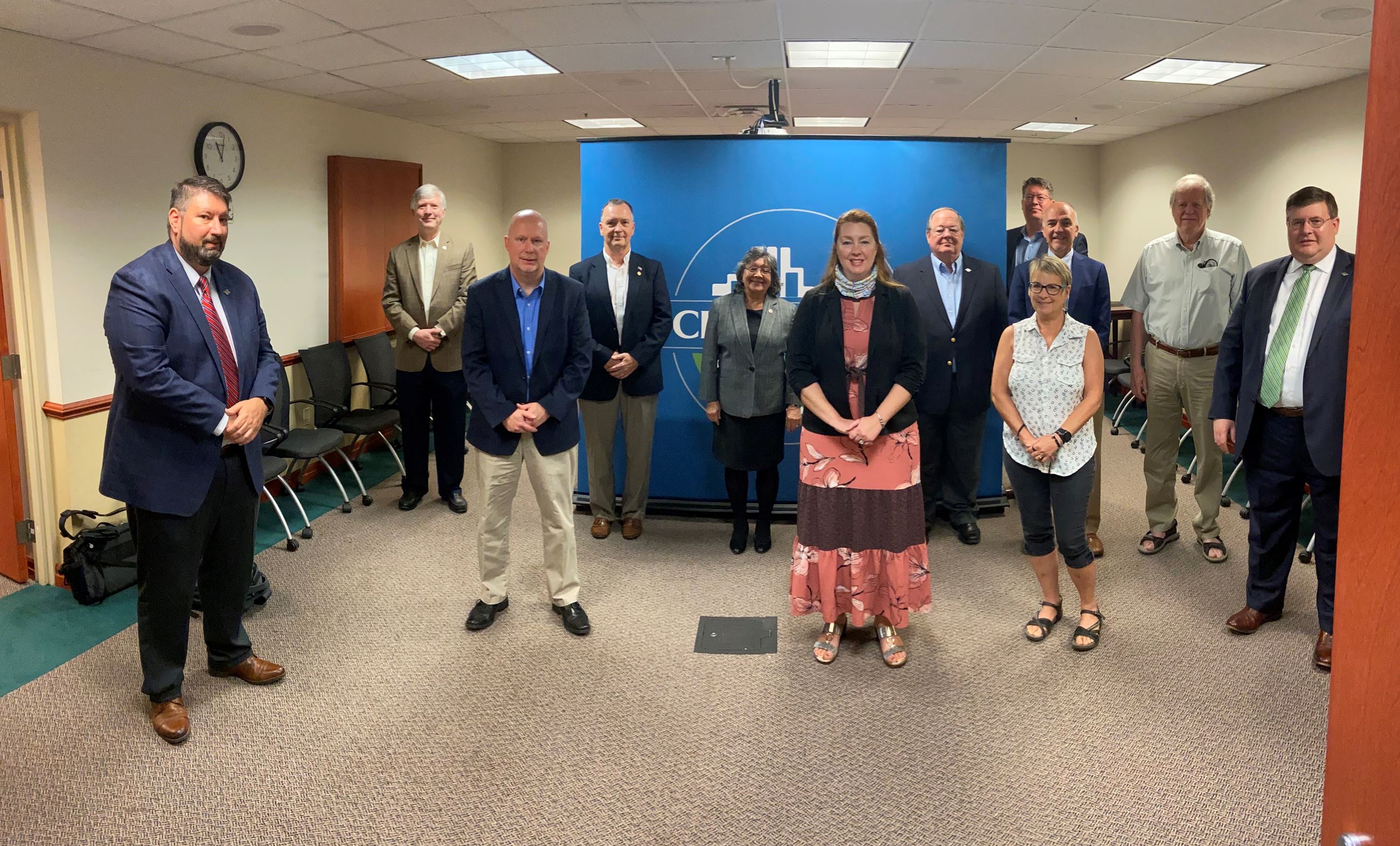 Ultimately 300 plus commercial businesses, home businesses, and farmers & producers will be served by fiber optic lines once CVEC and Firefly complete their existing plans for broadband expansion in Goochland.

On March 18th 2021, Governor Ralph Northam announced the award of $20.1 million in VATI broadband grants. Grants were awarded for 11 projects, connecting over 13,400 homes, businesses, and community institutions including a project in Goochland County.

Goochland County and our partner Port 80 Internet Services were awarded $567K to construct 40 miles of fiber connecting 218 serviceable units, including 10 businesses.  Our original Virginia Telecommunication Initiative (VATI) application was rescoped because of the Federal Communication Commission’s Rural Digital Opportunity Fund (RDOF) grant awards.  The application and maps contained on VATI’s website are not the final maps or awarded service area.  In the coming weeks we will be sharing more details about this project and the awarded service area.

Goochland County and Port 80 Broadband will construct approximately 40 miles of fiber. The project will provide broadband access to 218 serviceable units, including 10 businesses in Crozier.